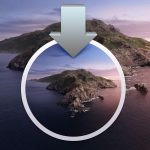 Apple has released the second beta version of iOS 12.4 for users participating in beta programs of the iPhone and iPad. A developer beta and an open beta are available. iOS 12.4 beta 2 is now available through the software update mechanism for any suitable iPhone or iPad. It’s not quite clear what iOS 12.4
Read More

Apple has released the third beta version of iOS 12.4 for users registered in the software beta test program iOS. In iOS 12.4, no major new features or changes are expected, suggesting that the beta version is likely to focus on fixing bugs and minor improvements in the iPhone and iPad operating systems. Appropriate iPhone
Read More

Apple released for testing iOS 12.4 beta 4 with MacOS Mojave 10.14.6 beta 2. These beta builds are completely separate from the current iOS 13 beta 1 and MacOS Catalina Beta 1, which are also in active beta testing for developers. iOS 12.4 beta 4 probably focuses on fixing bugs and minor improvements for the
Read More