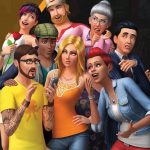 Want a silly game where you can play with virtual people in a virtual world? The Sims 4 is an interesting game in which you create and manage people in the virtual world. You can give your simulated people a career, relationship, manage their homes and neighborhoods, and provide all sorts of other settings to
Read More