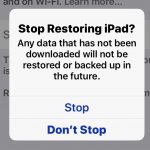 ICloud backup recovery can be stopped at any time on new iOS devices. This means that if you decide to restore your iPhone, iPad or iPod touch from an iCloud backup, either when setting up a device with a previous iOS backup, or to restore a problem device as a troubleshooting method, you can stop
Read More 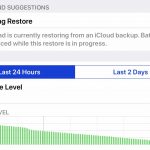 If you recently installed a new iPad Pro, iPad mini or iPad and found that the battery runs out unusually quickly, which leads to a decrease in battery life on the device, do not worry, perhaps there is a good reason for this. In fact, if during the recent installation or restoration of the iPad
Read More