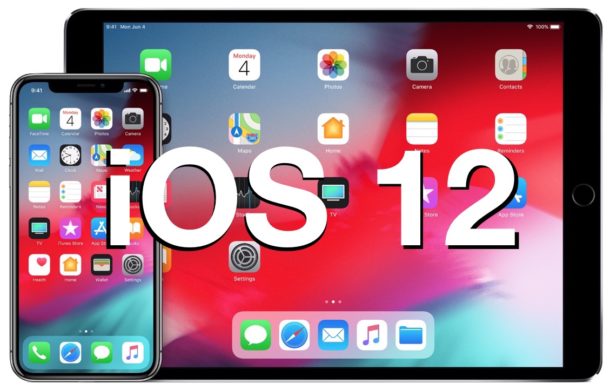 Apple has released iOS 12.3 for the iPhone and iPad. The latest stable version of iOS 12.3 includes several bug fixes, as well as AirPlay 2 support and a redesigned TV application.

How to download and install iOS 12.3 on iPhone or iPad

Updating iOS 12.3 on an iPhone or iPad is easiest from the “Software Update” section in the Settings app. Before starting any software updates, always back up your iPhone or iPad to iCloud or iTunes before you begin the update process. Backups allow you to restore your data in case something goes wrong. Do not miss the backup. 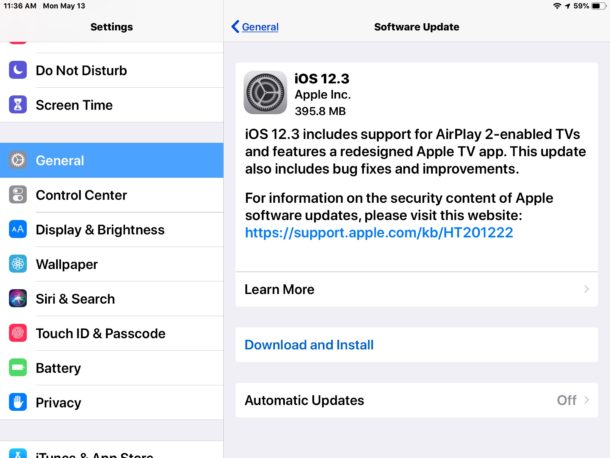 The iPhone or iPad will automatically reboot to complete the update process. The time required to complete the upgrade to iOS 12.3 depends on many factors, including the current version of iOS, the device itself, and the speed of the Internet service.

You can also choose to upgrade to iOS 12.3 using iTunes on the computer.

Another option is to connect your iPhone or iPad to a Mac or Windows computer with the latest version of iTunes and upgrade to iOS 12.3 from iTunes. Once again, be sure to backup your device before starting.

If you are updating iOS 12.3 from iTunes or iOS Software Update, this is mainly a matter of preference and convenience.

Experienced users can download and use IPSW firmware files to install iOS updates, although this will require a computer with iTunes and a USB cable.

– AirPlay 2 now supports sharing videos, photos, music and more from your iPhone and iPad directly to your Smart TV with AirPlay 2 support

– One-touch playback automatically plays your chosen television show or movie on the last screen you used, depending on time and location.

– All intelligent offers are made on the device, so your personal information remains confidential.

– Apple TV channels offer subscriptions to HBO, Showtime, Starz, etc., which can be viewed directly in the Apple TV app, online or off.

– Subscriptions to Apple TV channels can be shared by up to six family members without the need for new applications, accounts or passwords.

– New movie releases can be bought or rented in the Apple TV app, including a full catalog of over 100,000 films and the largest selection of 4K HDR movies.

– A new special section dedicated to children will help you find selected editorial materials and films that are safe for children of all ages.

– The Apple TV application can now intelligently offer playback on most likely Apple TVs or AirPlay 2-enabled TVs nearby.

This update also includes bug fixes and improvements. This is an update:

– The Apple Music For You tab is now updated several times a day, offering music depending on the genres, artists, and moods you like.

– Fixed a bug due to which Apple TV Remote could not pause the video, control the video or change the volume on the supported receivers.

– Fixed a bug due to which information about a song from a connected iPhone was not displayed on the car display.

In addition to iOS 12.3, Apple also released updates for other Apple system software, including macOS Mojave 10.14.5 for Mac, watchOS 5.2.1 for Apple Watch, tvOS 12.3 for Apple TV and other minor updates for HomePod, Safari.