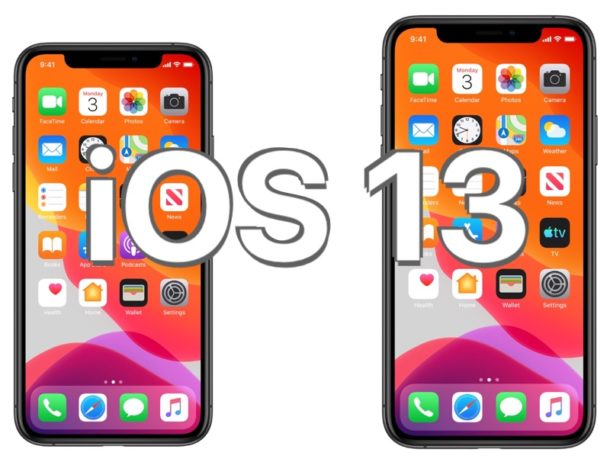 This tutorial will show you how to install the iOS 13 beta on iPhone or iPod touch.

You need to make sure that you have an iOS 13-compatible iPhone, iPod touch, iPad. Supported iOS 13 iPhone models include; iPhone XS Max, iPhone XR, iPhone XS, iPhone X, iPhone 8, iPhone 8 Plus, iPhone 7, iPhone 7 Plus, iPhone 6s, iPhone 6s Plus, iPhone SE, and iPod touch 7th generation. This particular walkthrough is about installing a publicly available beta version of iOS 13 on the iPhone, but the same goes for iPod touch.

This will install the public iOS 13 beta on a compatible iPhone or iPod touch. The method described here will update the current device to the public beta version of iOS 13. 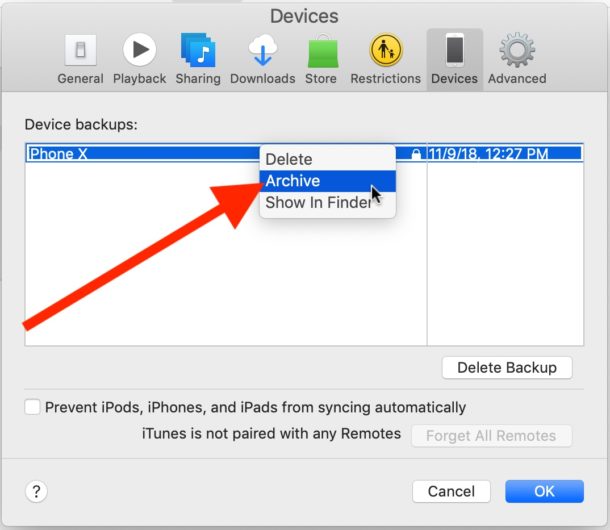 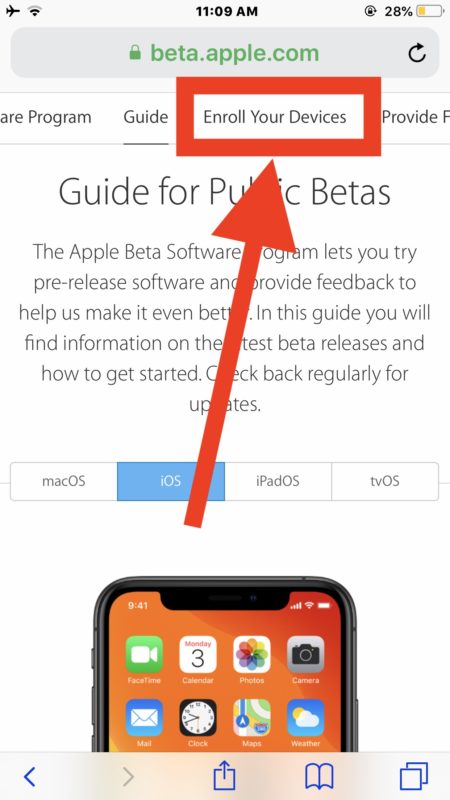 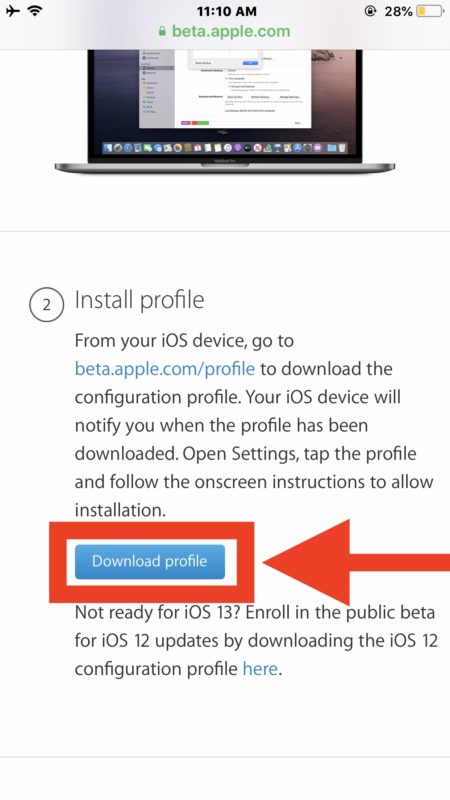 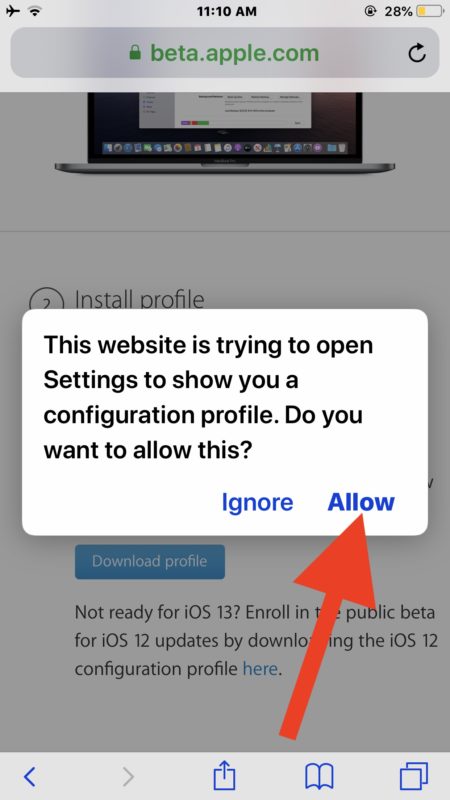 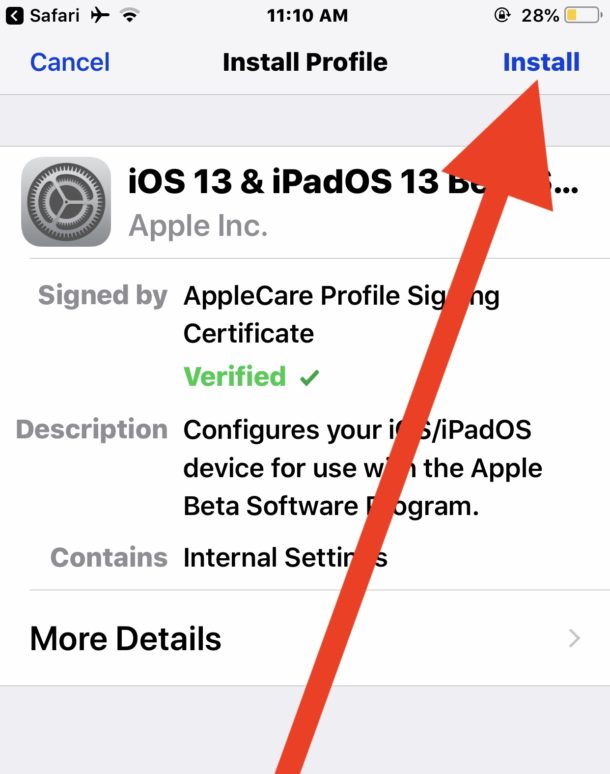 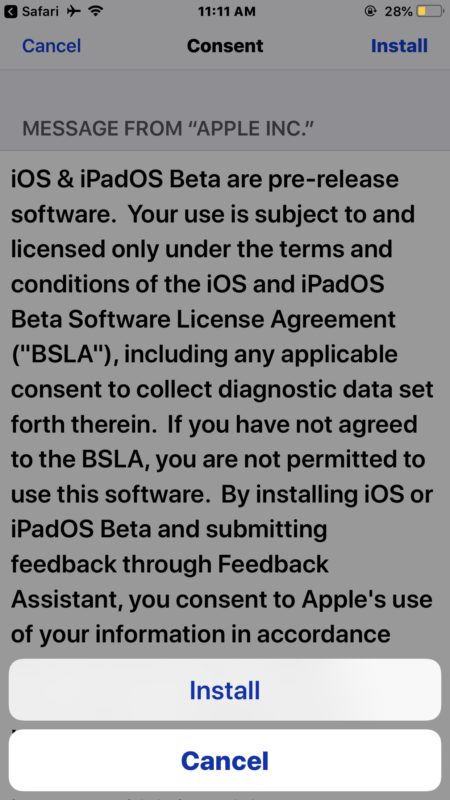 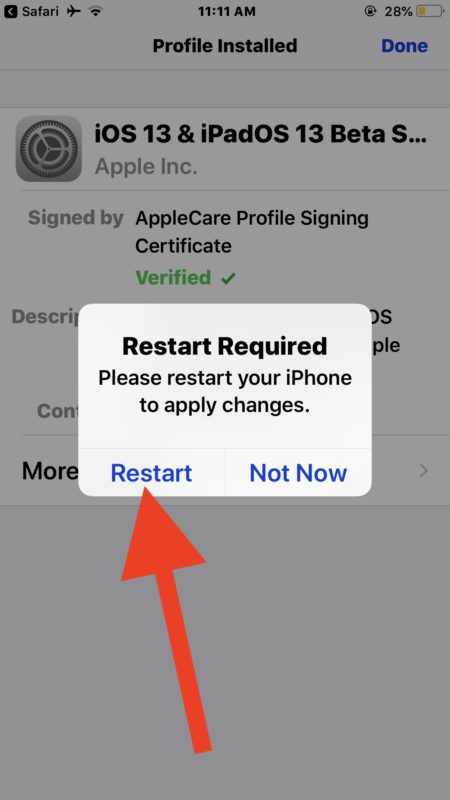 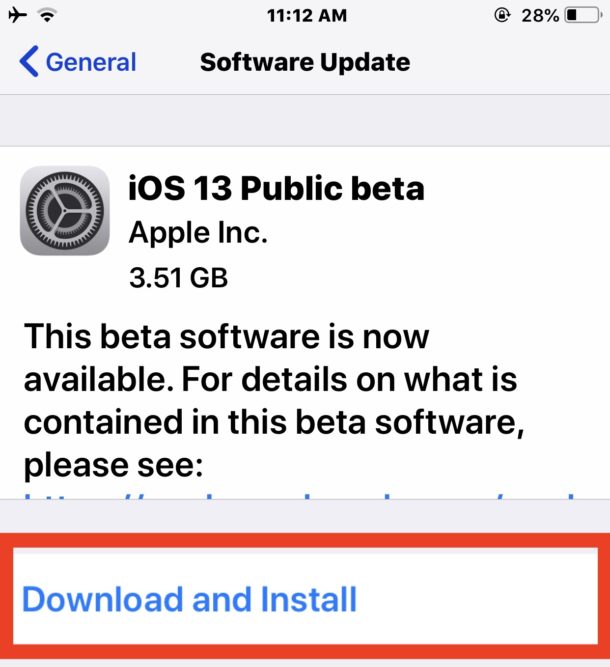 The iPhone will automatically restart, and when it is completed, it will eventually load directly into the public beta version of iOS 13. 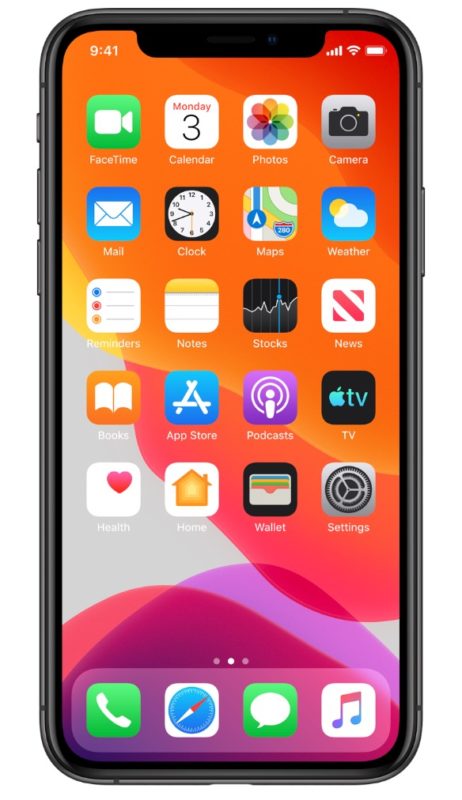 Find or problems bugs in iOS 13? Report them!

You can even use the Feedback Assistant to request feature changes or report other problems.

Your review can help correct bugs or even help you create new features in iOS 13!

Future updates of the iOS 13 public beta will come in the Software Update section of the Settings application, as usual.

For example, when the public beta 2, 3, or 4 for iOS 13 comes out, you will find them in the Software Update area of ​​the Settings application.

Do not forget to regularly update the software of the public beta system, as each new beta version will fix bugs and problems found in previous beta builds.

If you find that the public beta of iOS 13 is not suitable for your use or purpose, you can downgrade the beta version of iOS 13 and return to the stable build of iOS 12 if you previously backed up to iTunes (or Mac with Catalina) as described above. If you didn’t back up, you’ll either have to erase the device to restore iOS 12, or just stay on the public beta version of iOS 13 and keep updating as Apple periodically releases new versions.