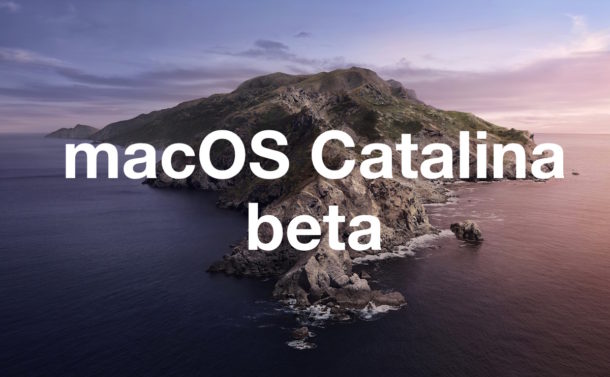 To gain access to macOS Catalina beta versions, you need to install a configuration profile, which can be downloaded from the Apple Developer website.

MacOS Catalina has many interesting features, including Screen Time for Mac to monitor application usage, Activation Lock for Mac to reduce the likelihood of theft, support for using the iPad as an external display, replacing iTunes with three separate applications for music, Podcasts and TV, developer support for porting iPad applications to Macs and powerful new access functions, such as VoiceControl, that provide a fully voice-controlled computer.

MacOS Catalina beta can technically be installed on any MacOS compatible with Catalina Mac, although, like for all beta versions of system software, it is best used by experienced users and on non-core hardware.